The big deal for 2011 was the release of my contemporary Australian-sort-of setting fantasy. It came in two volumes, as a series called Blackston Gold. 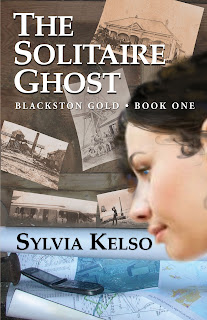 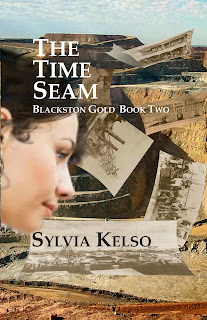 The cover copy says:
"Dorian Wild has a car, a good apartment, a junior partnership in a law firm, and a solid relationship. Then a seeming ghost walks out of an elevator floor, and rebalances a miner’s panning dish on top of her head.
Suddenly Dorian Wild also has danger, tragedy, mystery, break-ins, mayhem, an unscrupulous megacorp on her trail, and a whole new concept of reality. Especially when it involves a nineteenth-century Irish activist called Jimmy Keenighan, and a  tangle of gold-mines old and new, dangers past and present, deceit, death and violence, that centers on the town of Blackston, with its once rich and still potentially viable goldfields, and the great mine called the Solitaire."

"Kelso completes the story started in The Solitaire Ghost with a mix of action-adventure activism, police procedural, and legal manipulation. The warm, playful, and caring connection between Jimmy and Dorian sparkles, while the underlying plot  supports the romance with strong writing and fast pacing. Back to back, the two volumes—clearly written as one book—make a solidly imaginative read."
--Publishers Weekly, August 2011
And of course they're also available on Amazon. No ebooks as yet, but I hope to have e-editions in the not so distant future.
Posted by Sylvia Kelso at 3:27:00 AM