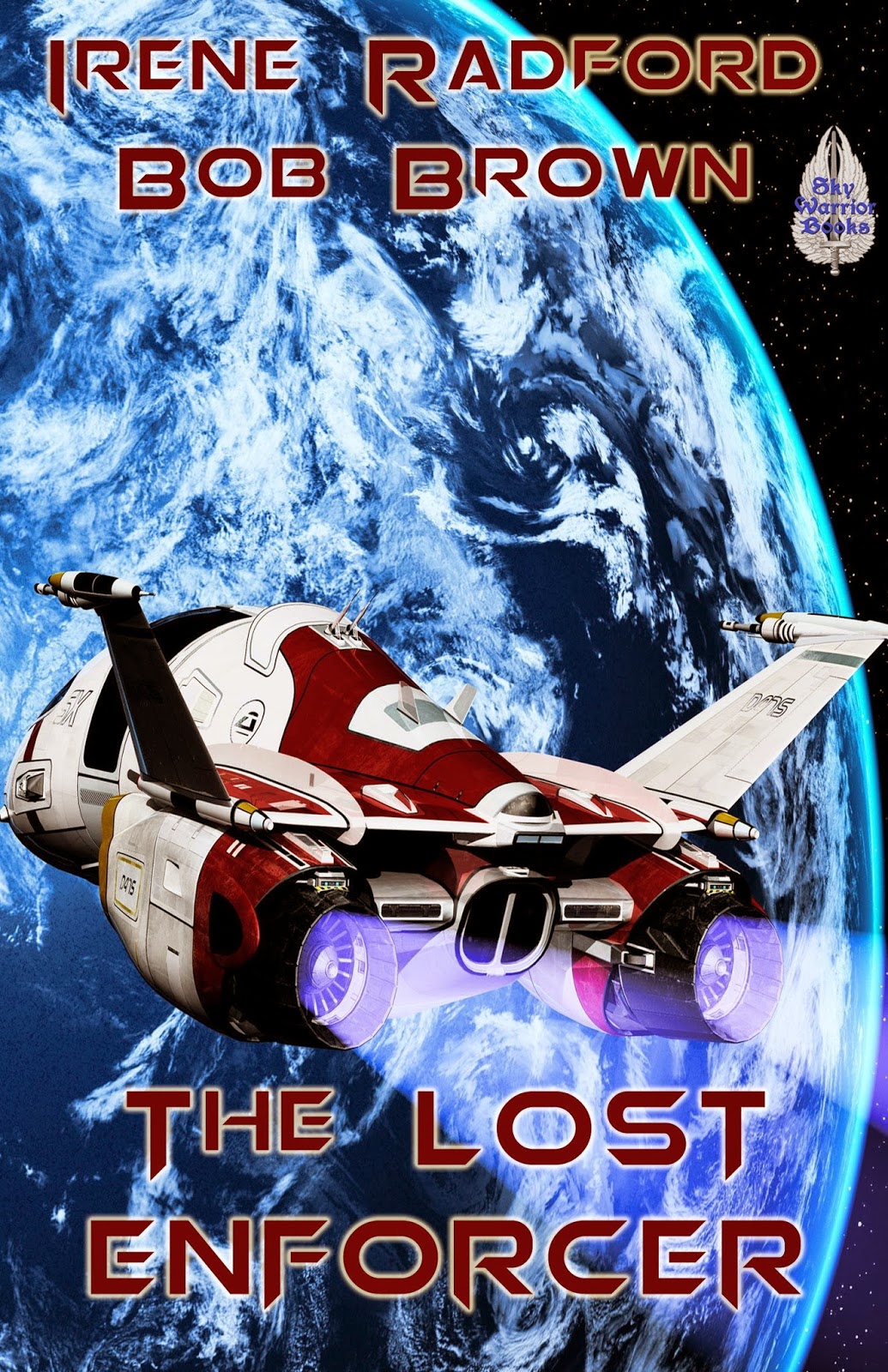 This month we have a two-for-the-price-of-one interview, with a Q and A from practitioners of a writing method I've always envied, that is, collaboration.
Herewith, let me introduce Irene Radford, novelist, short story writer, and editor, and Bob Brown, novelist, short story writer, and children’s author.
And Collaborators.
Bob Brown lives, works, and writes with his two pugs, two cats, and several dozen chickens in Washington State. He is the author of numerous short stories and the recently released children's book, The Damsel, the Dragon, and the Knight. He is well known in the science fiction convention community as RadCon Bob, due in part to the nature of his work as a Health Physicist at the Hanford Nuclear Reservation, where he supports clean-up of nuclear waste left over from the Cold War. Bob is an avid gardener and a teller of chicken jokes.
You can follow Bob on Facebook: Bob Brown or www.bobbrownwrites.com

Irene Radford is a member of an endangered species, a native Oregonian who lives in Oregon, she and her husband make their home in Welches, Oregon, where deer, bears, coyotes, hawks, owls, and woodpeckers feed regularly on their back deck.
A museum-trained historian, Irene has spent many hours prowling pioneer cemeteries deepening her connections to the past. Raised in a military family, she grew up all over the U.S. and learned early on that books are friends that don’t get left behind with a move. Her interests and reading range from ancient history to spiritual meditations to space stations, and a whole lot in between.
In other lifetimes she writes urban fantasy as P. R. Frost and space opera as C. F. Bentley.
You can follow Irene Radford on Live Journal: rambling_phyl or on FaceBook: Phyllis Irene Radford, or at www.ireneradford.com and www.radfordeditorial.com

And here are the questions and their answers:

1) When did you know you wanted to be writers?
Irene claims she’s wanted to write stories ever since she figured out which end of a pencil made marks and which end removed them.
For Bob it was when he was around eight years old.  He discovered the joy of reading with Tom Sawyer, which lead to Edgar Rice Burroughs, coming to rest on Heinlein and Fredrick Brown. Also in this was a great love of the stories from the Old Testament. Fantastic stories of fantastic heroes.  He wrote his first story at eleven. He began to write seriously after high school and six years in the Navy.

2) What is your collaboration process? How does it differ from your solo writing?

With a collaboration, both authors have to work on the same path. Allowing a plot thread or character to wander off in a new direction, no matter how right it seems, has to be considered by both. The consequences of that meandering prose needs discussion. Therefore we both commit to a lot more prewriting and outline development before a single scene is written. The muse has to be more tightly reigned than on solo expeditions.
Equally important in the process is the collaboration process itself. The old saying, two heads are better than one, truly applies to the collaborative process, especially when the strengths and weaknesses that every author has are complimented by the partnership.  This means when you are stuck, you are not really stuck, you just have likely reached the point where help is needed. As a collaborator, you have to know when to pick it up.

3) How would you characterize your fiction? Are you writing to/for a particular audience or audiences?

Our collaborative fiction is best described as near future action adventure. Bob’s background as a health physicist for a nuclear reservation gives us a natural tilt toward adding hard science in interesting ways. We have bits of space opera, bits of thriller, and bits of romance. We aim to tell a good story that makes the most of both our talents and what fell out was an intrepid group of characters trying to prevent an exiled alien warlord from planting a nuclear bomb beneath old Jerusalem. We solve the problem in an interesting way keeping within the parameters of known science.

4) What writers have been major influences in your work and why?
Reading is a personal thing, early on we discovered the Venn diagram of our reading lists had overlap but distinct difference. While both are omnivorous readers, Bob spices his reading with history, politics and the occasional Robert B. Parker and Stephen King, and Phyl likes the cozy side of mysteries and paranormal romance. The overlap is a long list; both have read and loved Heinlein, Tolkien, McCaffrey, Zimmer-Bradley, Haldeman, the Niven Pournelle collaborations, Bujold, McIntyre, and it goes on and on and on. This varied reading style, combined with overlap in the area of recognized masters is a recipe for successful integration of writing.

5) What is your most current project?
The Lost Enforcer hit internet book stores and POD in February. Now we have to browbeat Enforcer Rebirth into submission while working around other individual deadlines, day jobs, and family obligations.

6) What was the inspiration for the project?
Bob started this as a short story that grew and grew and grew. At 300 pages, single spaced he knew he needed help. We’d already decided that our working styles were compatible and we wanted to work together on something. We had drafted a collaborative project that had, and still has great promise. But when Bob, who could sell sand in a desert, pitched the project to Toni Weisskopf, he described the experience as watching her glaze over. In desperation he pitched The Lost Enforcer, and heard those words everybody wants to hear from an editor, "I'd like to read that."  Ten minutes later he was asking me to come on board and turn it into a real book.  Several rewrites later, we sold the book.

7) What one book would you save from a burning library, and why?
For Irene, it is The Complete Works of Shakespeare. You can never have too much Shakespeare and every reading or dramatization reveals something new.
For Bob on the other hand found his love of modern fiction in Joe Haldeman's The Forever War, a book he admits to having read almost a dozen times.

8) If you could talk to any writer (living or dead) what one question would you ask, or what one thing would you say?
That is such a hard question, it defies an answer. Hemingway might be that writer, but I wouldn't make the conversation about writing, because Hemingway, like all great writers, was more than text. They were people, and what you can draw from real people is the fodder that feeds the creative mind. A chance to dinner with Mr. Hemingway would open our world to the fantastic vista of his life. Fiction is not about telling somebody else’s story, but the ability to show your world in a way that it becomes the reader’s world.

9) Favorite planet or fantasy world you'd like to live in?
Irene’s,  Dragon Nimbus of Coronnan. Dragons, magic, and a benign Pacific NW climate.
For Bob, the future history of Heinlein, The Past Through Tomorrow, showed me a world where I think, were I one of Methuselah's Children, I might find a bit of fun. It isn't too dark, I wouldn't have to have swords swung at my head, and all is possible.

10)  What advice do you have for new and aspiring writers?
Read everything, and write. You can only learn to write by writing.  Studying other writers helps but only goes so far. You have to apply butt to chair and hands to keyboard and finish the draft. Then rewrite, send it out to beta readers, work on something else while the book is out, then rewrite again. Lather, rinse, repeat.
Posted by Sylvia Kelso at 12:33:00 AM