As guest for this month I would like to introduce my friend, the prolific writer and sapient editor Deborah J. Ross.

My first encounter with Deborah's work was many years ago, with her first SF novel, Jaydium, but there's a whole lot more. Her short fiction has appeared in F &SF; SF, Asimov's, Star Wars: Tales From Jabba's Palace, Realms of Fantasy, Sword & Sorceress, and various other anthologies and magazines.  Her most recent full-length fiction includes the Darkover novel, The Children of Kings (with Marion Zimmer Bradley, (Amazon, Barnes and Noble); Lambda Literary Award Finalist Collaborators, an occupation-and-resistance story with a gender-fluid alien race (as Deborah Wheeler,(Amazon, Barnes and Noble); and The Seven-Petaled Shield, an epic fantasy trilogy (Amazon, Barnes and Noble). She’s also the author of Azkhantian Tales and Ink Dance: Essays on the Writing Life, (Book View Café, Barnes and Noble).
Deborah's editorial credits include two volumes of Lace and Blade, The Feathered Edge: Tales of Magic, Love, and Daring (Amazon, Barnes and Noble,)


1)When did you know you wanted to be a writer?

In fourth grade, I wrote and illustrated a little book about a horse who saved the world by stopping all the animals in Africa from fighting with one another. Ever since then, writing was what I loved to do, even if I feared I would never be any good at it. Happily, I am, but I've also had a lot of practice. When my first child was born and I hit career burnout, I joined an informal writers group and shortly thereafter made my first professional short story sale to Marion Zimmer Bradley for the first volume of Sword & Sorceress. That was thirty years ago and I’ve been writing up a storm every since.

2) What is your writing process? When do you write?
I wish I could say I followed a disciplined schedule because part of the time, that’s true. The other part of the time, I “settle” at different times during the day, and work in different places and for different lengths of time. The only consistent principles are that I work every day, even if it’s only contemplating the next scene while walking the dog or washing the dishes, and I don’t work well at night. As I’ve gotten older, I also don’t work well first thing in the morning, either. I need my tea and yoga stretches first. It isn’t fair, but there’s no benefit in pretending otherwise.

3) How would you characterize your fiction? Are you writing to/for a particular audience or audiences?
I'm interested in a lot of different things and write for readers who are, too. My first two novels, Jaydium (an adventure through alternate time paths, complete with six-foot silver slug-like aliens) and Northlight (set on a lower-tech world, with romantic, ecological and spiritual themes) were science fiction. Besides six Darkover novels, I’ve written epic fantasy featuring strong women heroes, science fiction dealing with gender and power, and some rather oddball young adult fiction that turns the usual paranormal tropes inside out. 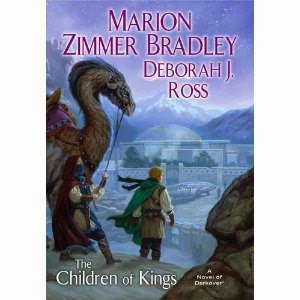 My short fiction has provided me a place to be wildly inventive. I've written a Star Wars story (Tales From Jabba's Palace) and whimsical fantasy, vampires (funny ones in Sisters of the Night, or a friendship between a vampire and an observant Jew in "Transfusion" in Realms of Fantasy), I've done kids' stories (in several Bruce Coville anthologies), and almost-not-science-fiction pieces about grief and obsession and courage, grim near-future dystopic sf, and epic fantasy. Then there’s wacky stuff like "Harpies Discover Sex" for Olympus. A historical fantasy based on the life of Dona Gracia Nasi and another from the Indus Valley civilization. A story for Marion in Return to Avalon, based on the history of opera. My most recent short fiction has included “Among Friends” (F & SF) about Quakers, the Underground Railroad, and a slave-catching automaton, “A Borrowed Heart” (F & SF), which pits a prostitute against a succubus, and “The Hero of Abarxia” (When the Hero Comes Home 2) in which the hero, of course, is a horse.

4) What writers have been major influences in your work and why?
Marion Zimmer Bradley was my friend and mentor; my natural literary “voice” is very similar to hers, which is why I’ve been able to continue her Darkover series so successfully. She was a source of great encouragement as well as inspiration, particularly in her willingness to tackle emotionally difficult or controversial subjects. But the real reason I write fantasy and science fiction is Andre Norton. In high school, I was bored to tears by such writers as Heinlein, and then I discovered Norton. Her combination of sympathetic outsider protagonists, telepathic animals, and star-hopping adventures, hit all the right emotional chords for me. As I grew up, I loved the work of women writers like Ursula K. Le Guin, Diana Wynne Jones, Tanith Lee, Vonda N. McIntyre, Barbara Hambly, Chelsea Quinn Yarbro, Anne McCaffrey, C. J. Cherryh,  Octavia Butler, Madeleine L’Engle, Lois McMaster Bujold, and many others. It’s not that I don’t read and enjoy work by men, because there are many fine men writers out there, but the greatest influence has come from women writers.

5) What is your most current project?
The Heir of Khored, the final volume of my original epic fantasy, The Seven-Petaled Shield, will be released from DAW in June. I had such fun writing it, pulling out all the emotional stops. 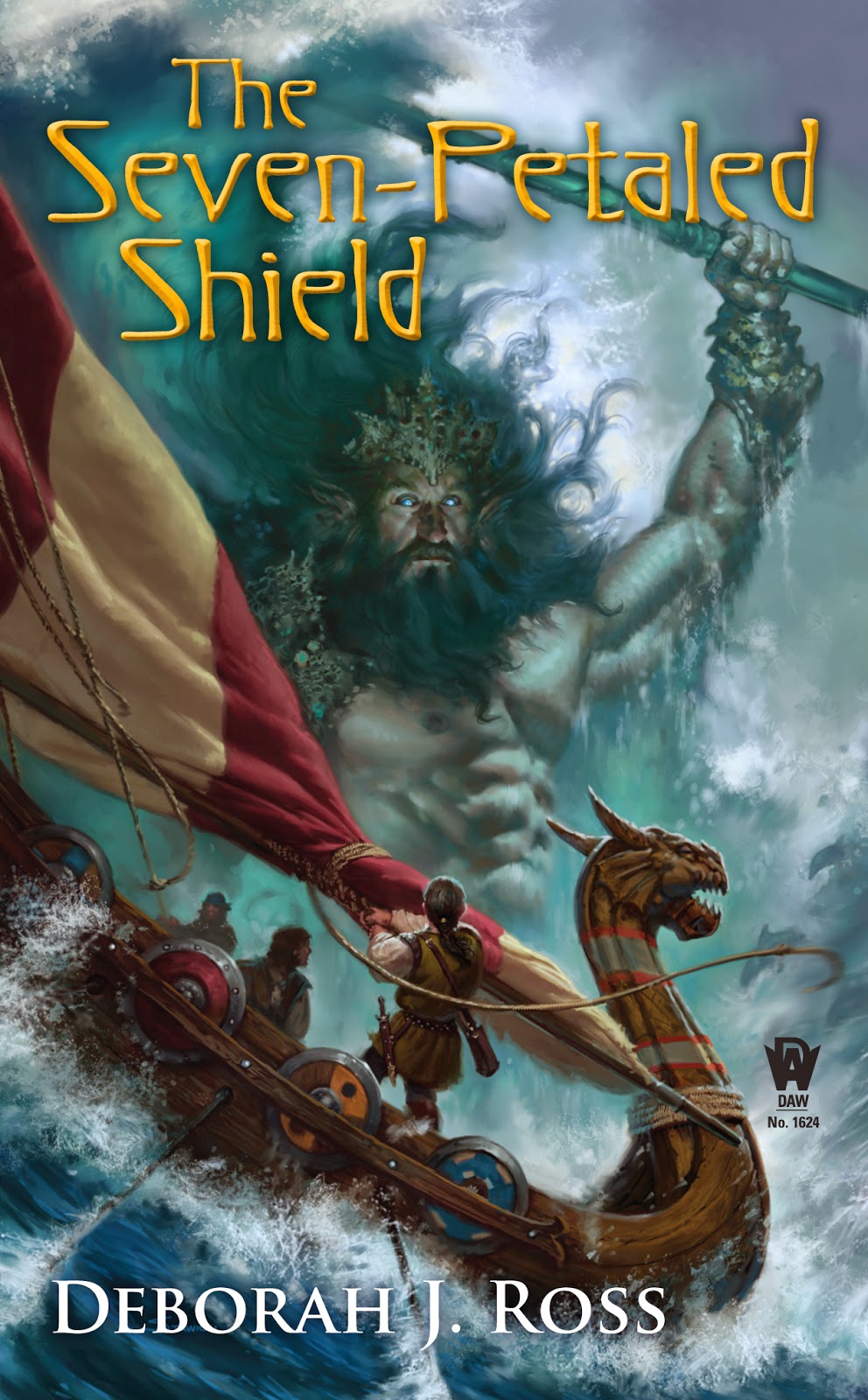 6) What was the inspiration for the project?
It began with a series of short stories for Sword & Sorceress. I wanted to explore the tensions between a nomadic horse people and a city-based culture like Rome, and their different values and forms of magic. As I delved further into my research, exploring aspects of life and warfare that spoke to me, I learned that although Scythian women were definitely second-class citizens, the Sarmatian women rode to battle and were likely the origin of the “Amazons” of legend. What could be more perfect for a sword and sorcery story featuring a strong woman protagonist? Thus began a series of “Azkhantian” tales, in which the women of a nomadic horse people battle against the relentless incursions of an empire. When it became clear to me that I was headed toward a multi-novel project, I brought in a third major culture. Meklavar appeared on the map, at first as a remote, mysterious location, a place held in superstitious awe. What is all that magic and that ancient literate tradition for? Safeguarding the world from primeval chaos, of course. And what does the emperor do when he can’t make headway against the nomads? He conquers Meklavar and disperses the guardians – instant trilogy (only one in which women play heroic roles!)

7) What one book would you save from a burning library, and why?
Well, undoubtedly everyone else will be saving Shakespeare’s complete works, various religious scriptures, and The Lord of the Rings, so I’ll settle for collected poetry of Mary Oliver. I’m not much of a poet, so I admire people who are, and her work is wondrous and awesome. Second thought, I might dash into the music section to rescue the orchestral scores for Mozart’s symphonies.

8) What advice do you have for new and aspiring writers?
Read voraciously, and read the best writing you can lay your hands on.
Pay attention to what lights you up inside.
Study everything besides writing. History, astronomy, human biomechanics, African languages, oceanography, ancient runes, Balinese music, ballet, medicine, fashion design, dog training, walrus training, platypus training, whatever strikes your fancy. Once you have something to write about, something you care passionately about, then pay attention to the craft.
Meanwhile, write every day, even if it’s crap.