The Return of the ... Bloggist?

Finally returned from overseas on 12th June, after the Three Long Walks - something like the Three Huge Tasks fairytale characters encounter. Fairytale characters seem to finish in a lot better order than I did, alas. The problem with a lazy glute muscle I took o/s, with a bill of clearance from a physio, turned out not to be up to the test, and I spent a lot of time shuffling, stopping, cursing, and throwing down anti-inflammatories and painkillers.
Apart from that, the scenery was from great to amazing, the weather was better than we had expected overall, and the Western Highlands, Hadrian's Wall, and the Border Country-into-the-Cheviots and across to Lindisfarne were all garbed for spring. Greeeeeeeen. Trees as well. And flowers. More bluebells in Scotland than you could count, and others beyond recognition. Hawthorn in most hedges at least along the Borders. Also lots of good history, in the two southern walks in particular.
Now, 10 days after landing, am just about round to the the larger and less immediate To-dos, such as updating the blog at last. A couple of pix here for teasers, 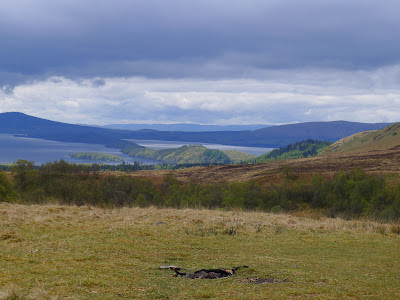 Loch Lomond from the top of a peak called Conic Hill. The islands mark the line of the Highland Fault that geologically divides the Scottish Highlands from the Lowlands. 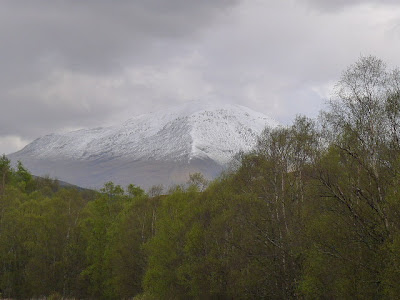 A snow-capped Ben Mhor on the road into Tyndrum. 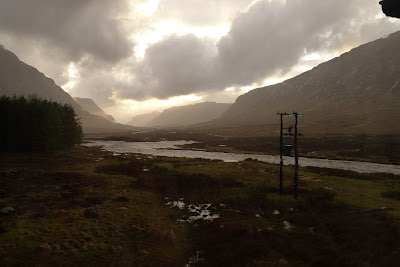 Sunset at Kinloch House Hotel, at the mouth of Glencoe, after a day of torrential rain and really bad wind, and a sudden clearing just on dusk. The big slope to the left is the notorious Munro (3K feet peak) of Buchaille Etive Mor, the one to the right is the side of the Glencoe mountains. 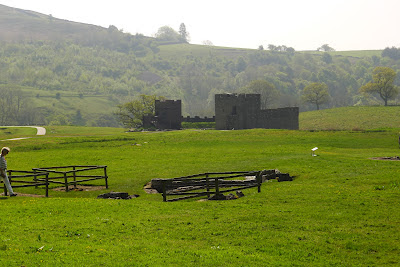 View of the fort at Vindolanda, behind Hadrian's Wall, with a replica of the Hadrianic main gate in the distance. 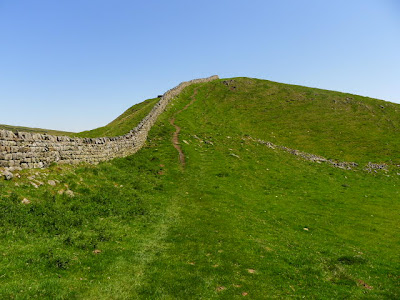 A typical shot of the Wall in the high tops of the Whin Sills escarpment. 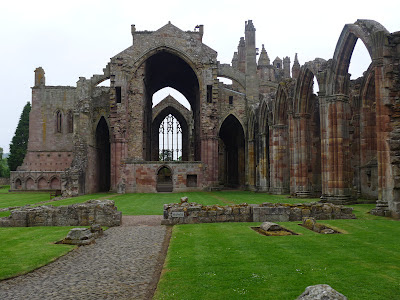 Melrose Abbey at the beginning of St. Cuthbert's Way. 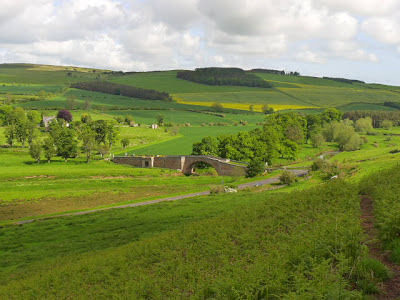 The Peetwood  Bridge over the River Till, halfway and more through St. Cuthbert's Way. Crossed, though perhaps not in this form, by the English troops going to Flodden, among others. 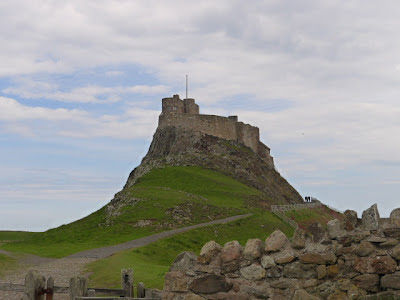 Your generic shot of Lindisfarne Castle. 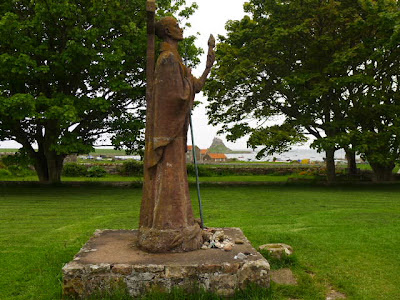 The statue of St. Aidan outside the Lindisfarne Priory, all that's left of the monastery where Bede and St. Cuthbert lived and the famous Lindisfarne Gospels were made (there being as much illustration as wordage, "made" is a better term than "written.")

For lots of pix, see my photos on  Fbook,

And shortly, another round of posts from the Great Fantasy Travelling Round Table Blogs as well.