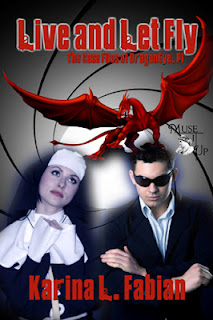 When Charlie Wilmot, the Duke's herald and Vern and Grace's friend, gets mugged and his fiancé's engagement ring stolen, they agree to find the culprit. But his courier pouch held more than just a ring--the secret device sewn into it could help others create their own Interdimensional Gap--or usher Armageddon into two universes. Drafted into an Interdimensional intelligence network, Vern, Grace and Charlie go undercover--Vern, as a human! It's super-spy spoofing at its best as 007 meets Ragnarok!