Letters to Tiptree cleans up well 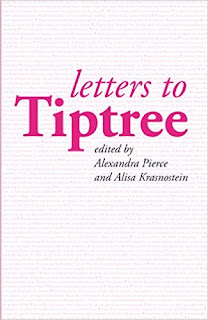 Letters to Tiptree cleaned up VERY well in recent awards. An email from Alisa Krasnostein and Alexandra Pierce:


On a national level, we won the Aurealis Awards' Convenors' Award for Excellence, as well as the William Atheling Jr Award for Criticism or Review. On a state level, we also won a Tin Duck (awarded by the Western Australian SF community) for Best Professional Production.

Outside of Australia, we're told we were a 'close second' for the BSFA non-fiction award.

Well earned rewards for an excellent idea and well-executed project.

And I seem to remember Alisa saying - can't re-locate the post - that the book is on Kindle this week for 99 cents. It's showing as 74US cents today, 31st March so probably correct. A real bargain!