The Candace is on the Loose

Remember the story I called "The Price of Kush?" About an imagined version of the warrior queens of Kush, circa 1500 BC? It was written for Milton Davis and Charles Saunders' anthology Griots: Sisters of the Spear, and the e-version was released early in December 2014.
The print version is on the way, but in the meantime, here's a shot of the magnificent cover art, and a blurb for the Candace herself. 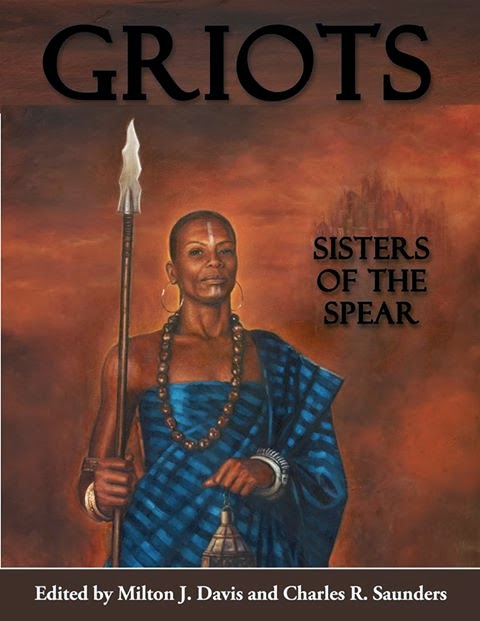 Kush is the dark companion of the ancient Egyptian empire, the source of its gold, its exotic African goods and many of its slaves. The newly crowned Candace of Kush faces the latest in a long line of imperial threats, as the first Pharaohs of the Middle Kingdom struggle to reclaim Egypt from the depredations of strong Kushite rulers to the south and the Hyksos invaders in the north. Should the Candace refuse to get her country involved in war, or should she accept an invitation from the Hyksos to share their attack on the Pharaonic capital, hoping to stave off future Egyptian threats to Kush by hitting first?
And if she goes to war, what will be the price?

Available now on Kindle, with a dazzling array of other Griot stories, for only $4.89 USD.
ISBN: B00H5FV8WC